Day 1 of the event, summarized for your convenience.

They say you never forget your first Kafka Summit. Mine was in New York City in 2017, and it had, what, 300 people? Today we welcomed nearly 2,000 to a giant ballroom in San Francisco. There were laser beams. There were two Tony Stark allusions in the first 60 seconds. And most importantly, there was a vibrant and ever-growing community present. 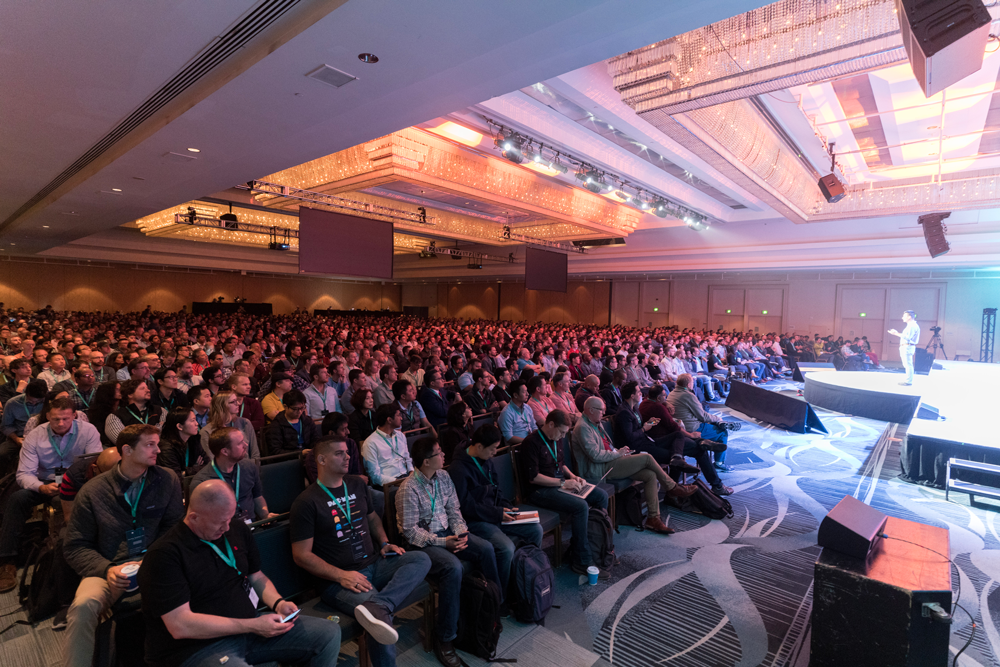 Let me recap the day for you in case you couldn’t make it, or if you could make it and you just want to relive it instead of going to the afterparty. I mean, it’s your call.

Jun Rao, one of the original co-creators of Apache Kafka® and one of the co-founders of Confluent, walked on the stage to Daft Punk’s “Harder, Better, Faster, Stronger“ and proceeded to take us to school on the basics. He recounted the motivations that originally prompted him, his co-founders Jay Kreps and Neha Narkhede, and other colleagues back at LinkedIn to create Kafka in the first place. They were, like so many open source creators, scratching an architectural itch of their own, the result of which has now grown into the second most active Apache project in use by more than one-third of Fortune 500 companies.

That is, like Ron Burgundy, kind of a big deal. 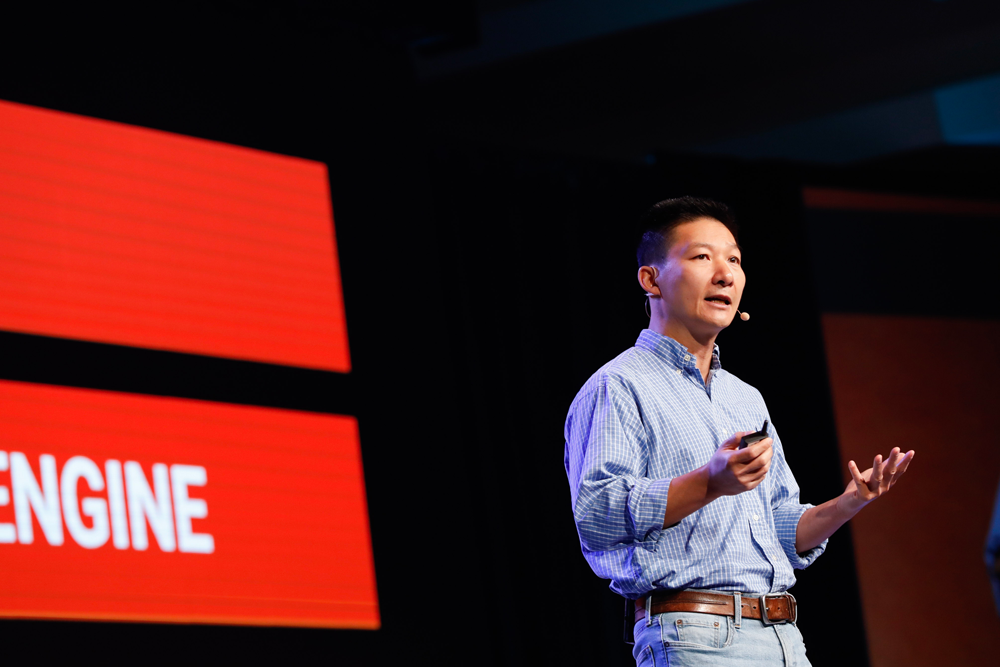 Jun led Chris Kasten, VP of Walmart Cloud, through a Q&A session that I personally found to be downright informative. This fact is not precisely tech-related, but I learned that Walmart has a physical location within 10 miles of 90% of the population of the United States. Chris explained how some of Walmart’s digital transformation investments are designed to make use of that fact, in ways like grocery delivery and pickup. And of course, we got to see that awesome commercial with every iconic automobile from the entire panoply of 80s pop culture. We might say that they were speaking my language. 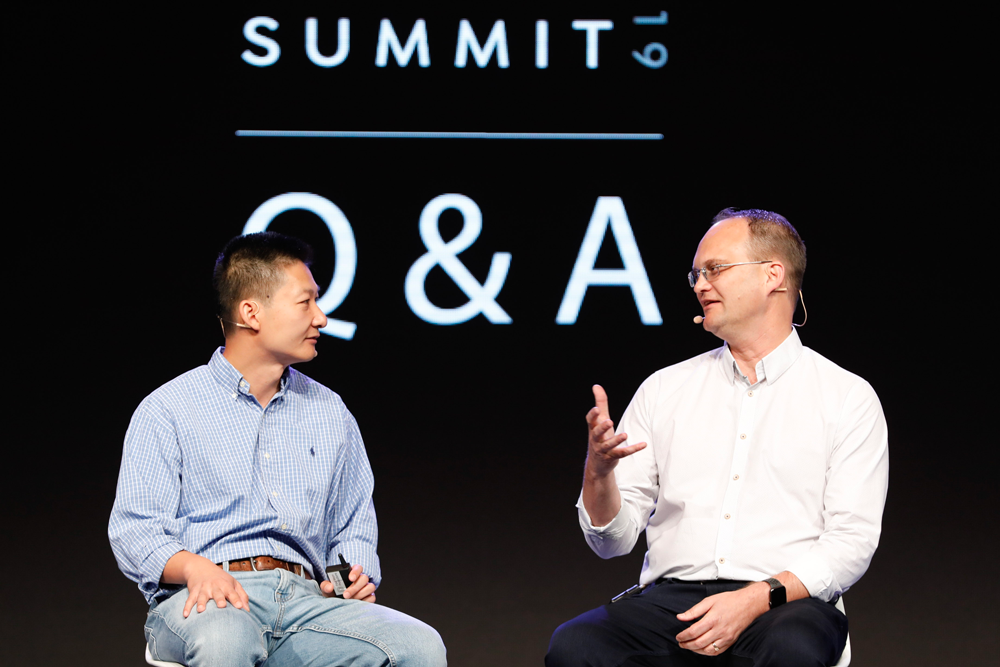 A recording, for your viewing pleasure, is provided at the end of this post.

How I spent my breaks

It’s fair to say I had a very productive morning and afternoon breaks….

Checked out the on-demand donut station. 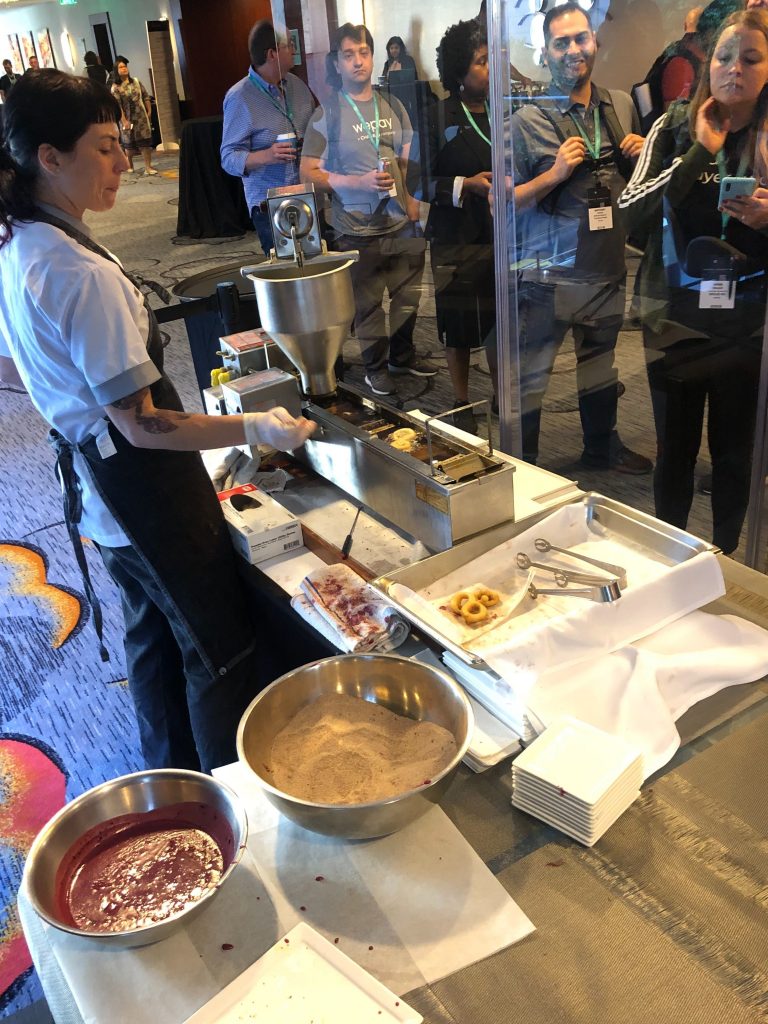 And, I saw fresh Kafka swag in the making. 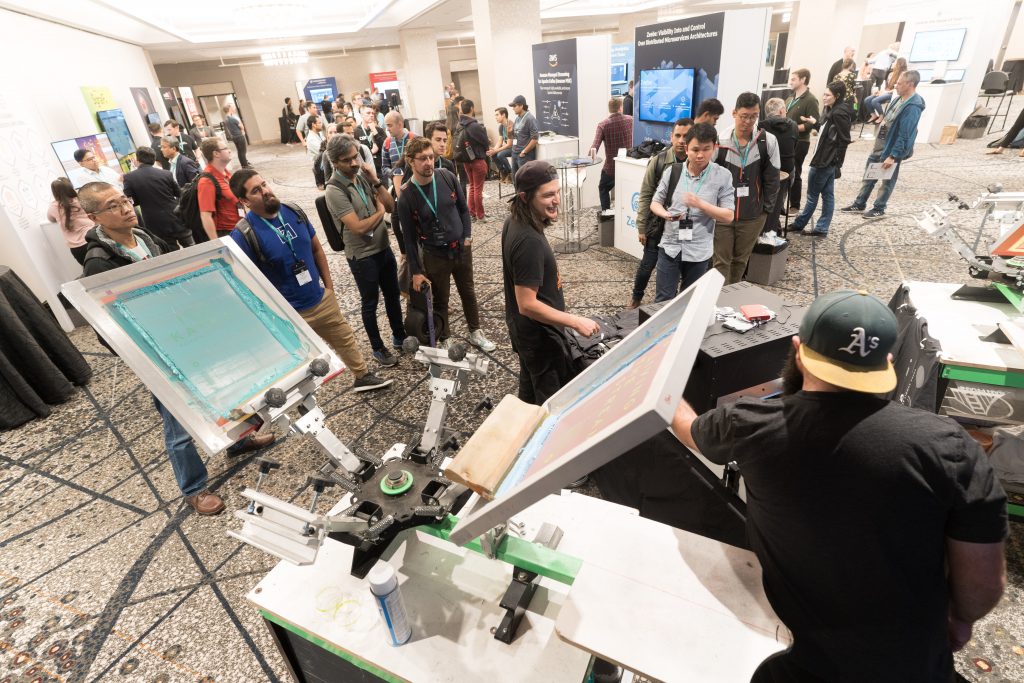 I even stopped by Build-A-Bear at lunchtime with the inaugural class of Confluent Community Catalysts! These are people (see the link for more details) who have made outstanding contributions to the Confluent Community in the past year. Get to know them if you can. 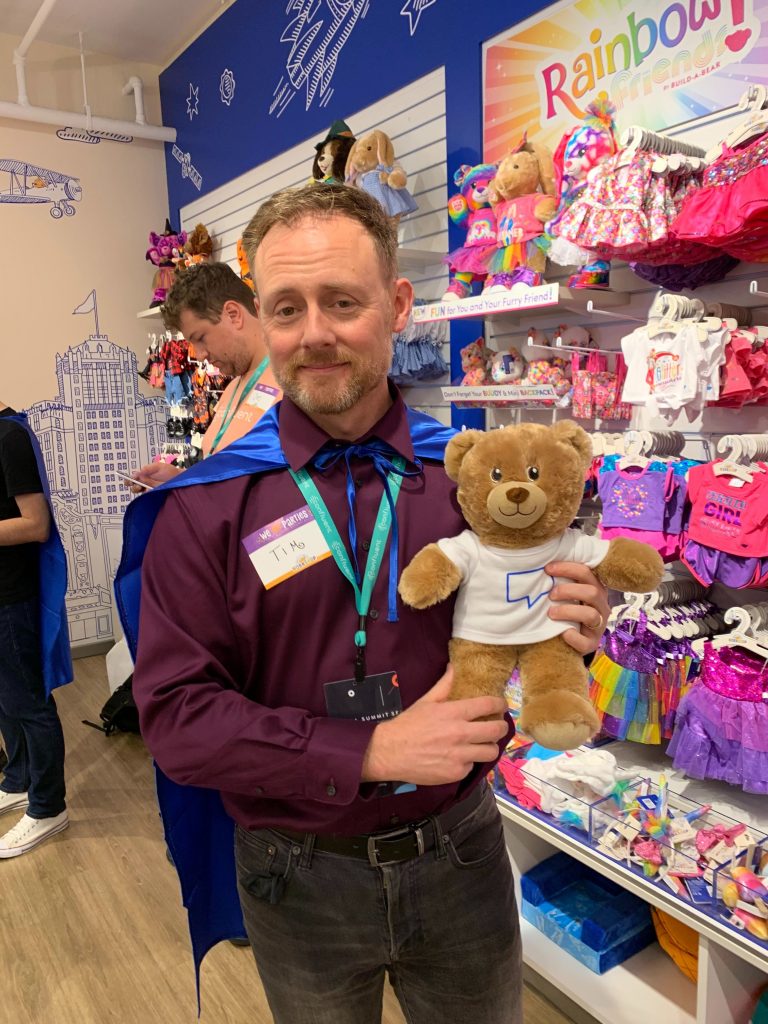 And the day’s not over yet!

On the agenda for day 2: a keynote from Confluent CEO Jay Kreps, a Q&A with Lyft, more sessions and, I am told, more on-demand donuts…

Tim Berglund is a teacher, author and technology leader with Confluent, where he serves as the senior director of developer experience. He can frequently be found at speaking at conferences in the U.S. and all over the world. He is the co-presenter of various O’Reilly training videos on topics ranging from Git to distributed systems, and is the author of Gradle Beyond the Basics. He tweets as @tlberglund and lives in Littleton, CO, U.S., with the wife of his youth and their youngest child, the other two having mostly grown up. 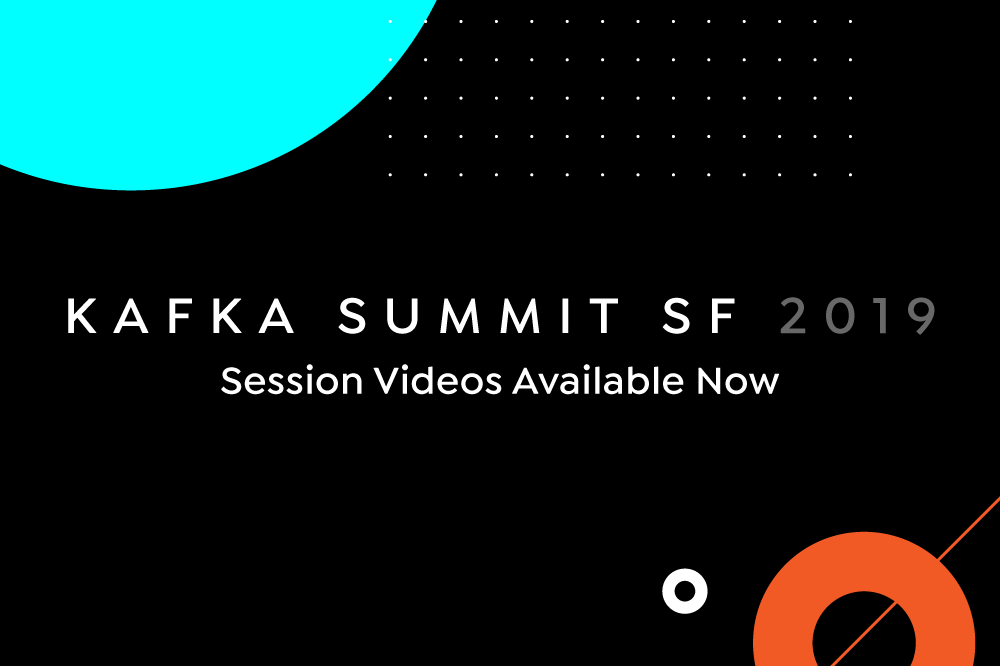 Last week, the Kafka Summit hosted nearly 2,000 people from 40 different countries and 595 companies—the largest Summit yet. By the numbers, we got to enjoy four keynote speakers, 56 […] 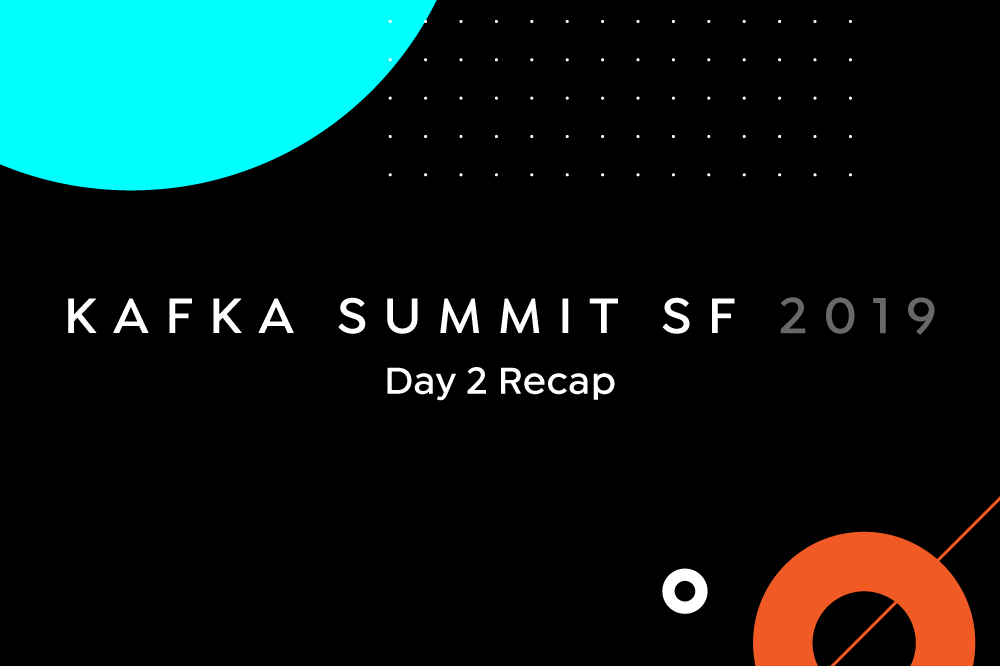 If you looked at the Kafka Summits I’ve been a part of as a sequence of immutable events (and they are, unless you know something about time I don’t), it […] 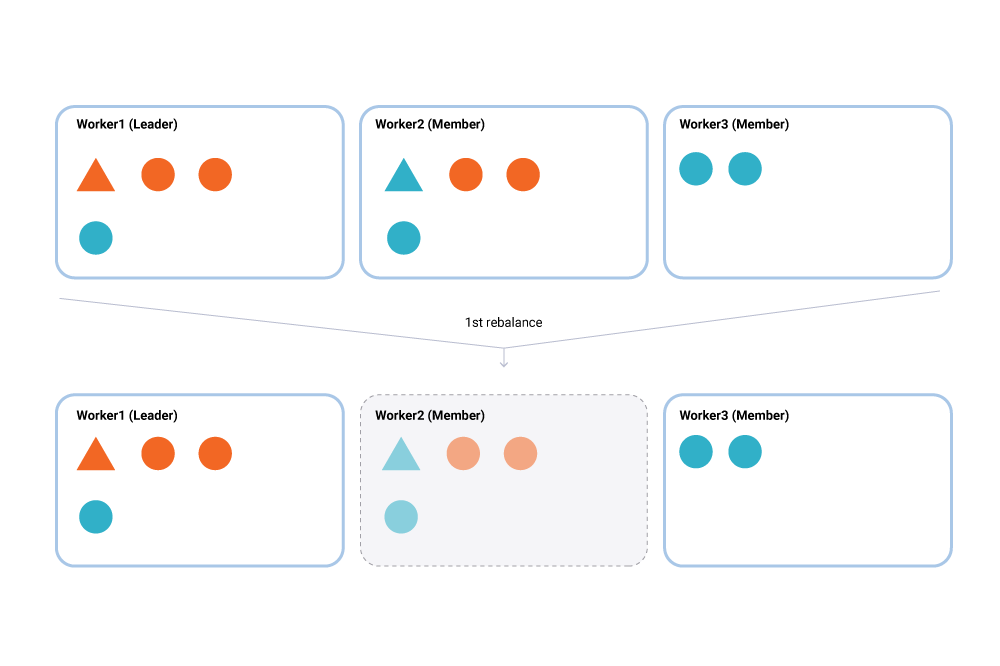 Incremental Cooperative Rebalancing in Apache Kafka: Why Stop the World When You Can Change It?

There is a coming and a going / A parting and often no—meeting again. —Franz Kafka, 1897 Load balancing and scheduling are at the heart of every distributed system, and […]